Open the bottle of vodka or rum. Then, working one at a time, using the tip of a sharp paring knife, slice the vanilla beans lengthwise. If desired, scrape the seeds out of the pods. Scraping the seeds will leave little black bits in your vanilla, but it provides better flavor. For clearer vanilla, don’t scrape the seeds. Put both seeds and pods into the vodka or rum. Replace the cover on the bottle. The vanilla will be ready in about 3-4 wks.

OPTIONAL: Take a large pot and fill it with hot tap water. Do not put it on the stove, instead place the vodka or rum bottle in the water, making sure that the bottle is stable and will not fall over (you might need to adjust the water level). Leave the bottle for about an hour.

Remove the bottle from the water. The vanilla will be ready to use in a week or two.

If you are avoiding corn, wheat or gluten, you should look for a vodka that is potato-based. The majority of your better vodkas that are sold in the US are grain-based and usually corn. Rum is made form sugar cane and is generally safest of all. Use light rum and not an aged, dark rum. 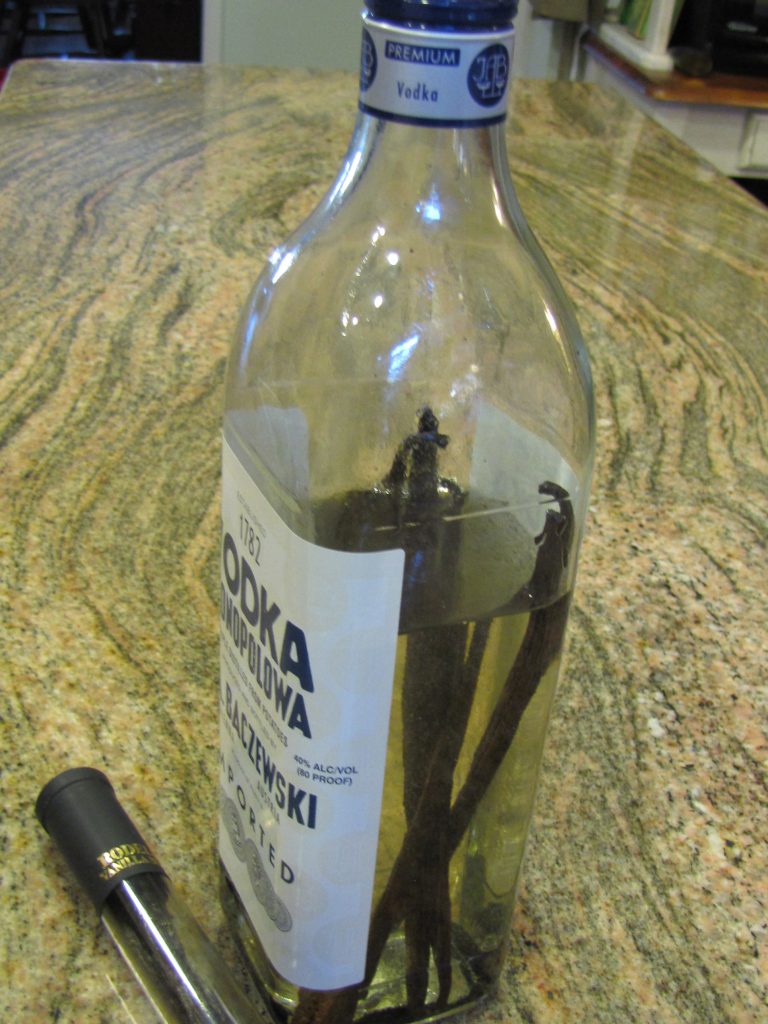