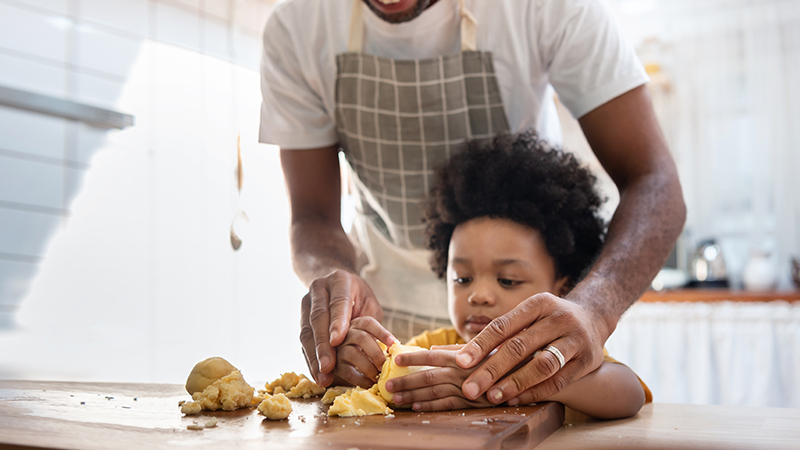 The following is a general guide to using ingredient substitutions for milk allergy. Please verify the ingredients and safety of any products named to make sure that it is safe for your child.

If you need additional help in finding product suggestions or where to find ingredients, post a message in the KFA Food and Cooking Support Forum to get suggestions from other parents who are also managing the same food allergies.

Basic Ingredient Substitutions for Food Allergies
Many common allergens are also common ingredients in your favorite recipes. There are some ingredients which can be easily substituted. There are others that may be more challenging.  Whether or not a “safe” version of a recipe can be successfully made often depends on two important factors. First: what is the role of the ingredient in the recipe? Second: how many of the recipe’s ingredients require substitutions? If the recipe only has 5 ingredients and you need to swap out 4 of them, the end result might bear little resemblance to the original dish. The bottom line: sometimes you can create a “safe” version of a recipe, and sometimes you are better off finding a different recipe altogether.

Be aware that some brands and varieties of “non-dairy” products (especially soy cheeses) may contain casein (a milk protein) or are made in production facilities on equipment shared with dairy.

Milk-free cheese may not work well in recipes for cheese sauces. If you would like to make a dairy-free “cheese sauce,” check our Safe Eats® recipe database for “cheese sauce” recipes based on nutritional yeast.

There are a number of commercially-produced cow’s milk alternatives made from soy, coconut, rice, potato, oat, almond, hazelnut, cashew, hemp, flax, sunflower, and even macadamia. Most of these are available in a few different flavors (such as “original,” “vanilla,” “chocolate,” and “mocha”). All of these milk beverages can be substituted 1-for-1 in recipes.

Note: Goat’s milk is not considered a safe alternative for people allergic to cow’s milk.

Alisa Fleming has done extensive taste-testing to determine which types of milks work best in which types of recipes. The following information is reprinted with permission from her book, “Dairy Free Made Easy” by Alisa Fleming of www.godairyfree.org:

You can make your own buttermilk substitute by mixing one tablespoon vinegar plus 1 cup milk alternative such as rice milk or soy milk.

Full fat coconut milk can be substituted for heavy cream. A coconut milk substitute will impart a coconut flavor to a recipe, so it will work for some recipes, but not all.

Dairy-free whipped topping can be used as a substitute for sweet cream if used straight out of the carton and not whipped. 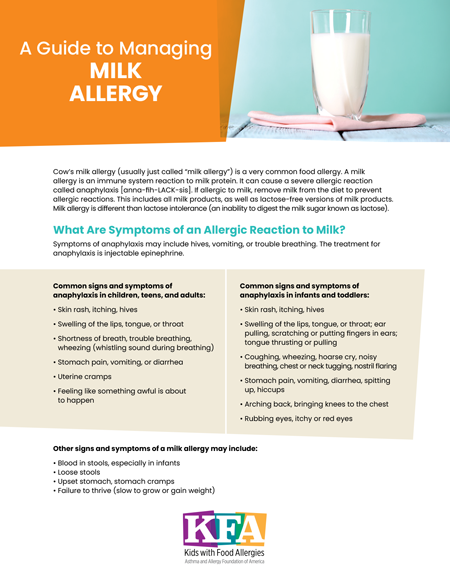 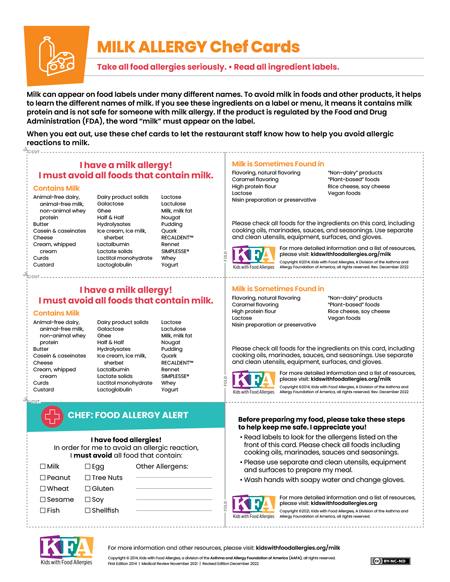 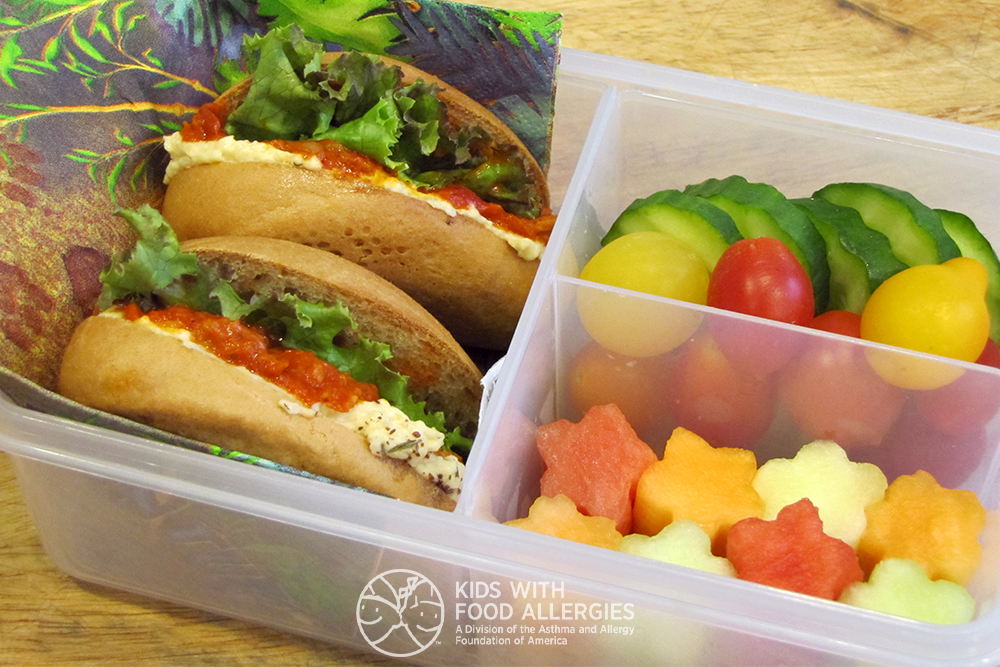 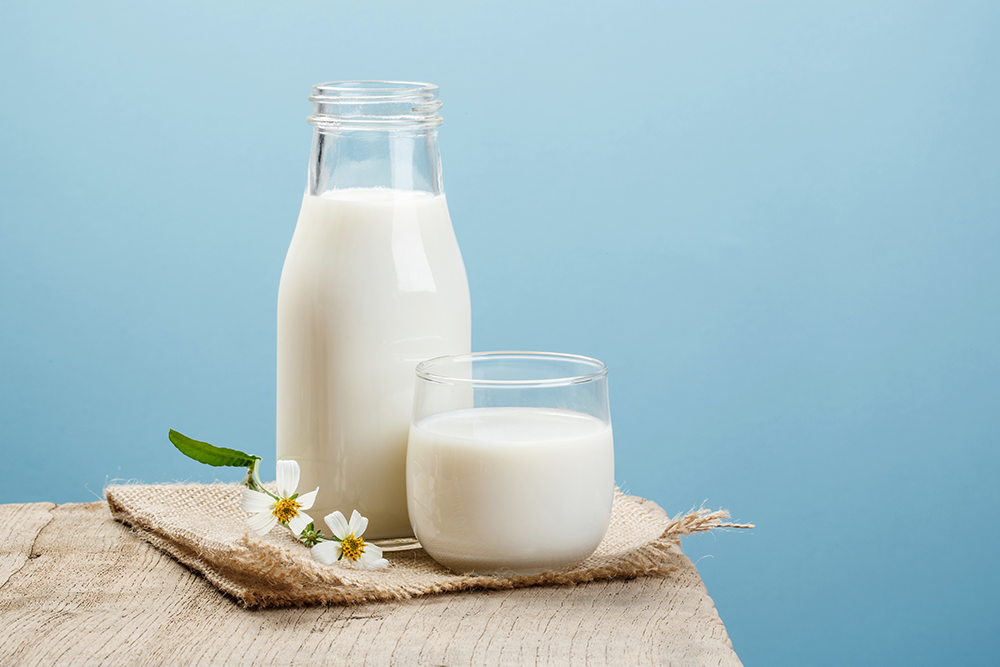 Resources to Help You Manage Your Child’s Milk Allergy 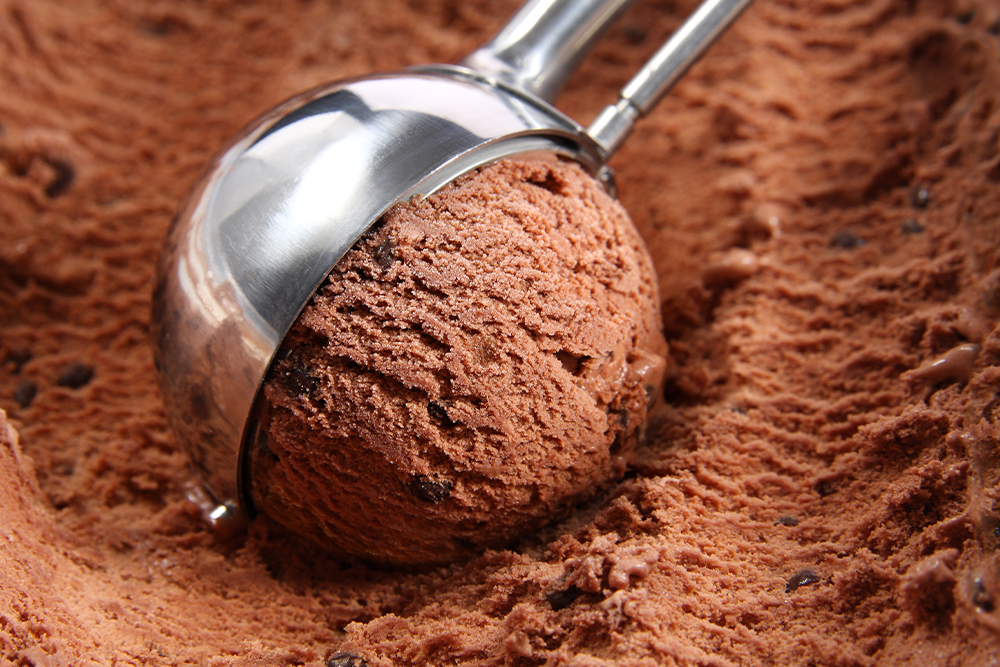 [Sponsored] Animal-Free Dairy: What to Know If You Have a Milk Allergy