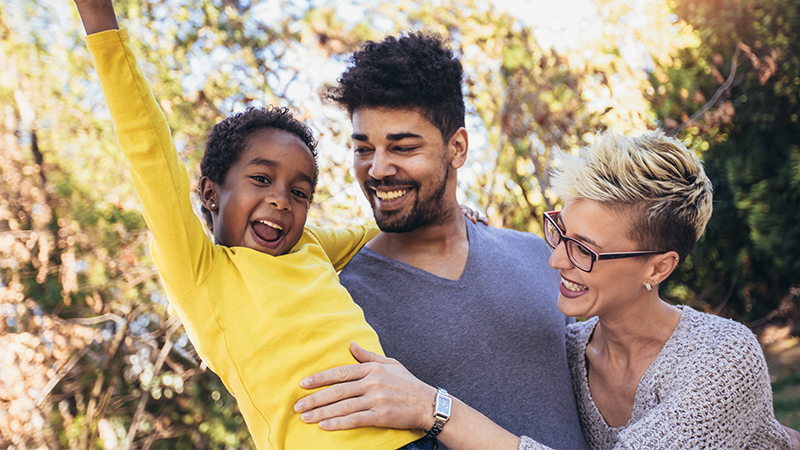 A Race to Fight Allergies

At the tender age of 10 months, little Mia Bussin had already been on five different formulas. Even so, she still suffered from horrific rashes. Her mother, Lilly, never suspected that milk protein in her hypoallergenic formula, which is labeled as being “for food allergies and colic due to protein sensitivity,” was exacerbating the problem. 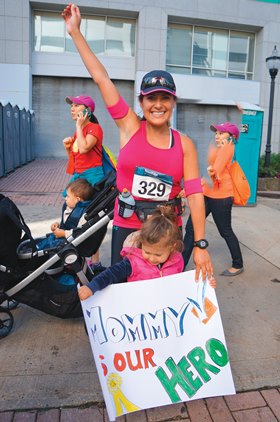 Then, on October 10, 2011, a small container of baby yogurt changed Lilly Bussin’s life. Preparing to return to the workplace, Lilly hired a nanny, who asked if she had tried feeding Mia milk products yet. A few spoonfuls of yogurt later, Mia was crying hysterically, clawing at her face, coughing, swelling up like a balloon and gasping for air. It was a fullblown anaphylactic reaction.

Luckily, Lilly was able to get Mia to the emergency room before Mia’s breathing stopped. Lilly vividly remembers watching two does of epinephrine being injected into her daughter’s tiny thighs and then witnessing what seemed like a miracle as the swelling went away and Mia started breathing normally again.

A visit to an allergist revealed that, in addition to her severe milk allergy, Mia is allergic to eggs and peanuts. “My involvement with Kids With Food Allergies Foundation started as soon as we came home from the hospital,” Lilly says. “I realized I needed to learn about this quickly, so I took all of KFA’s free webinars, read all of their articles and started participating in their online discussions. They’re like a ‘onestop- shop’ that organizes the seemingly endless information about how to raise a healthy child in spite of food allergies and puts it right at your fingertips.”

Thank you for helping KFA keep kids like Mia and Max safe and healthy. Your support improves the lives of kids with food allergies.

Lilly also discovered that KFA offers telephone support. “Any questions I had, I could pick up the phone and call,” she says. “Whoever answered, it was like talking to a knowledgeable family member who truly wanted to help!”

By the time Lilly’s second child, Maximus, was born, the Bussin family had food allergy management under control— which was a good thing. By the age of three months, Max started breaking out in rashes. For Lilly, it was a case of déjà vu. A few months later, when Max was old enough for allergy testing, Lilly’s suspicions were confirmed: both of her children have potentially life-threatening food allergies.

Lilly very much wanted to give back to KFA. What could she do to help other food allergy families? An avid runner, Lilly decided to run a half marathon in Jersey City, New Jersey, to raise funds for KFA. When she called KFA to discuss her idea, volunteers helped her set up a “Strides for Safe Kids” online fundraising page and compose a fundraising letter to send to family and friends. In just one week, Lilly raised $2,860! “It just feels so good,” Lilly says, “to give back.” 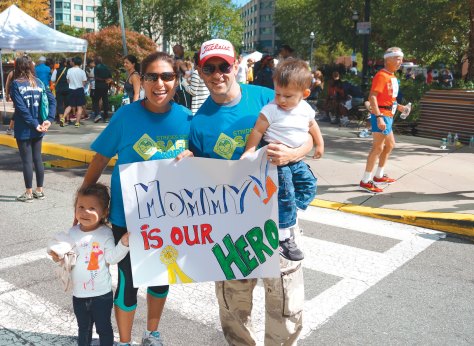 Want to get more involved? Host, organize or participate in a KFA fundraiser or special event!

You can help us advocate on this issue and others to help reduce the burden of food allergies. Learn more about becoming a food allergy advocate and watch this page for updates on ways you can raise awareness about this issue.